I've really had a great time playing with costumes in my booth at the Antique Mall this year and it seems the shoppers feel the same.  My mannequins have been defrocked multiple times so I've had to layer several costumes on each form to keep them from being naked displays between trips to re-stock and re-organize.

I absolutely loved this maid costume and interestingly enough the under-dress sold before the costume pieces did. Actually 2 different black dresses that were under this costume sold first and then a few days later the actual maid costume and tutu sold - go figure.

It was a fun concept and I though I'd write a post about pulling a costume together.  I'd say most folks don't have a lot of cash to throw into a one time costume; however if you break it down in parts and look for just a few interesting items or accessories you can come up with a great costume on a budget. During the year, keep your eyes open for appealing items that won't break the bank and store them away for a special or fun occasion.  Consider hats, scarves, belts, bits and bobs that on their own are interesting and wearable then later can be combined to create a  knock-out costume. 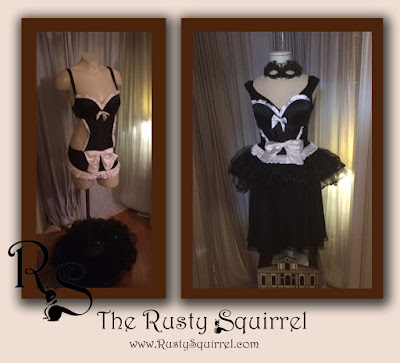 I'll be honest, I'm a girl of size, so me wearing this Victoria's Secrets Maid Costume on it's own would not happen; but add a black dress as the foundation garment, a tutu over-skirt and then add the costume over it with the apron tied up higher at the waist and yup, this one can be worn in public without embarrassment.

The black cocktail dress sold first so I changed it out for another vintage dress that had these big funky black buttons and with the maid costume on top it looked like a 1930s-40s Cigarette Girl costume - so cute (sorry, forgot to take a photo when I changed the dress out). But that dress too sold and then a few days later the costume and tutu went as well.  Interestingly enough I though the costume portion would sell first but I guess my choices in vintage black dresses were a hit as well as the accessories.  I had a total of 5 vintage black dresses to sell this month.

Black Dresses and skirts can make exceptional foundations for many costumes.

Here is a Pirate Girl look using a black lace gypsy skirt that's been pulled up on one side, a fun striped bustier top, funky belt, scarf, purple wig and pirate hat. Pair all that with a funky pair of boots or shoes and you are ready to roll. The shoes, belt, scarf and skirt are items that can be worn any time and may be items you already have in your accessory arsenal, so really the investment may only be minimal to find a few pieces to turn yourself into a pirate, gypsy, dance hall girl...  So always keep you eyes open for a good deal on funky and unusual items.  You may never have considered owning a corset or sexy piece of lingerie but slap one over the right street clothes and you've got a cute costume.  Do an internet search for Steampunk costumes and I'm sure you'll be into corsets as outerwear in a flash. 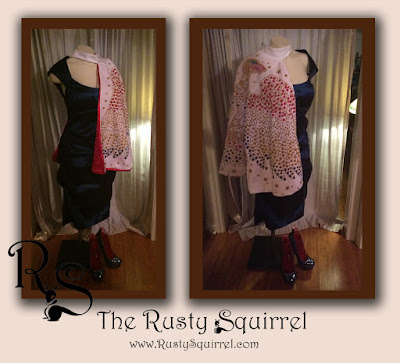 Sometimes it's that one accessory that pulls an idea together.  I recently found this Elvis cape and thought it was the bomb, so I bought it!  Just could not resist even though I had no clue what I was going to do with it; but knew I had to have it.  I brought this little slice of Elvis nostalgia home and searched through my clothing and accessory stash and came across these Red, Silver and Blue stripper shoes I bought to use in a 4th of July display. Paired that with a great blue cocktail dress hanging in my closet and boom - costume!  Add a fab pair of large frame sunglasses and it's Retro rock 'n roll time all night long. 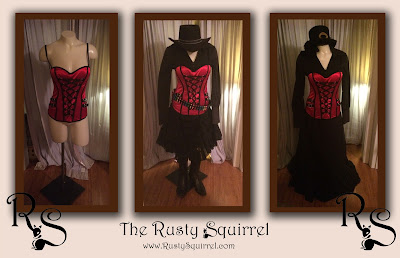 But if you are like me and corsets are more your thing, here is another corset costume idea. Black skirt, Black Shirt, change of accessories and you can be a sexy western bad girl or a Victorian lady - you pick.

The Victorian lady is a good look, but...

I think the Western Bad Girl will have more fun!
This outfit makes me want to watch WestWorld with Yul Brynner again.

So the next time you are shopping and come across that unusual "whatever" that catches your eye, consider making the purchase to keep in reserve should you ever need to put together a quick costume or party outfit when the time comes.

Happy Haunting and I hope you all enjoy Halloween as it's almost here!

PS. - I always have interesting bits and bobs in my showcase (#21) and booth (#48) at Countryside Antique Mall in Siler City NC, so I hope you browse though if you are ever in the area.
at 1:40 PM No comments: 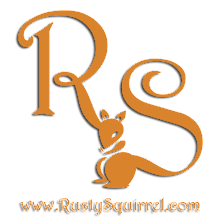